A Virginia woman has been placed under a restraining order and told to stay at least 200 yards from the house of Apple CEO Tim Cook, after she was found to have sent hundreds of emails to him, claiming he was the father of her twins.

Julia Lee Choi, 45, from McLean, began tweeting about Cook in Halloween 2020, firing off a 18 messages calling him her husband and ‘my bed man.’

Posting only on that one day, she referred to the 61-year-old as: ‘My bed MAN! My bathroom MAN! My kitchen MAN! My Cleaning MAN! My Husband! My MAN is Tim Cook! My kids Daddy ~! ‘

Choi, who called herself Julia Lee Cook, took offense at Microsoft CEO Satya Nadella, tweeting: ‘You should unfollow my husband Tim Cook as soon as possible.’

Julia Lee Choi, 45, from McLean, Virginia, has been harassing Cook (pictured in September 2019) since October 2020, according to his lawyers 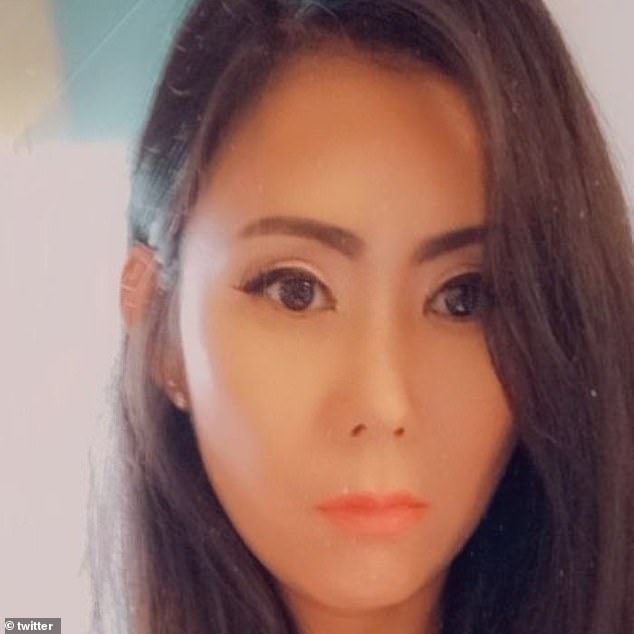 Choi on October 31, 2020 opened a Twitter account using this profile photo. She fired off 18 tweets that one day, and the account has been dormant ever since 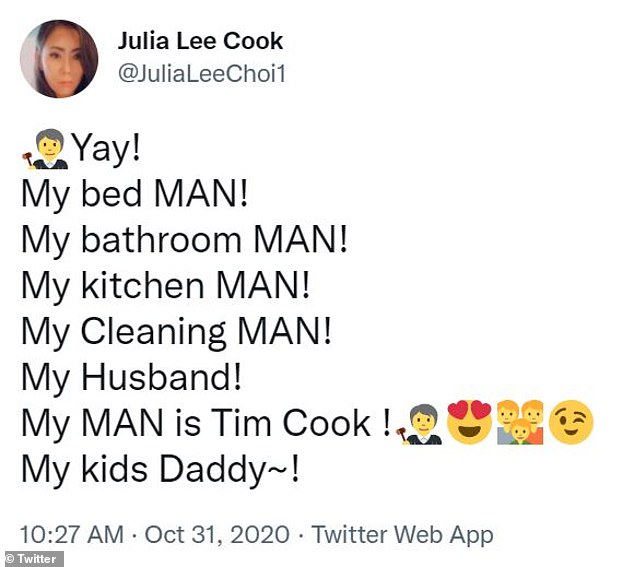 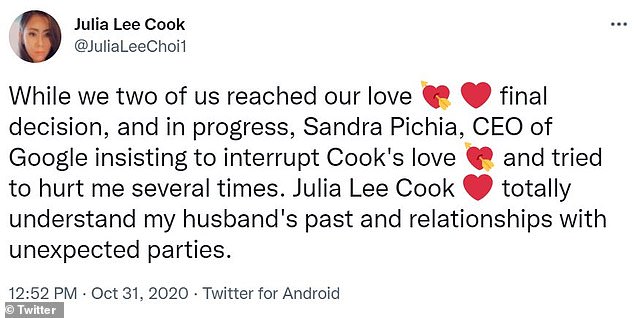 She also took issue with the CEO of Google, Sundar Pichai.

‘While we two of us reached our love final decision, and in progress, Sandra Pichia, CEO of Google insisting to interrupt Cook’s love and tried to hurt me several times.

‘Julia Lee Cook totally understands my husband’s past and relationships with unexpected parties.’

In another, she declared: ‘My husband, I am not cleaning, cooking, or I am just waiting for my husband! My heart is tingling. ‘

She emailed Cook approximately 200 times from October to November 2020, sending him messages which included photos of what appear to be loaded handguns, according to documents.

Some of the messages, described by Cook’s attorney as ‘threatening and highly disturbing,’ were sexual in nature.

One of the messages reportedly read: ‘What you have done is criminal defense, murdered.’

Cook’s lawyers state, in their petition for the restraining order, that on November 3, 2020, she emailed him a photo of a package of ammunition: the following day, she wrote: ‘I warned and told you stop trying to kill me. You made me buy this instead of going for Christmas. I will NEVER forgive forget you. ‘ 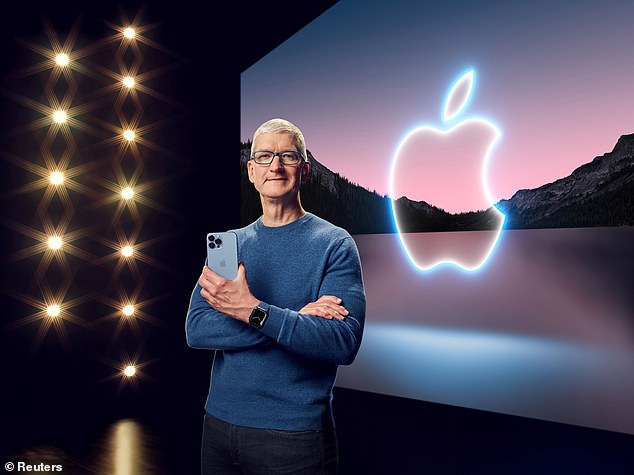 Cook, seen in September 2021, received over 200 emails from Choi 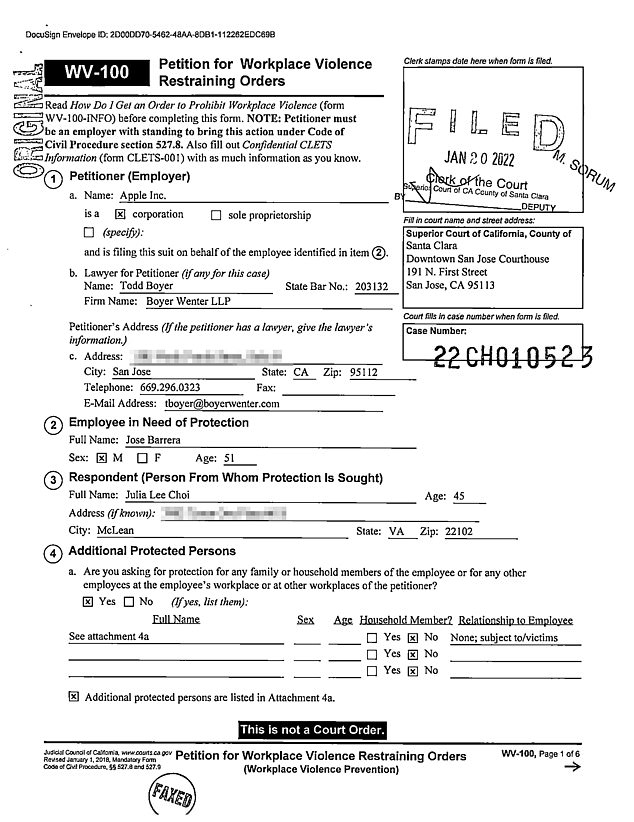 Choi also began registering fake corporations, some of which were described in the restraining order application as ‘highly offensive.’

All these fake corporations, opened in California, New York and Virginia, had Cook as a chief executive or director and used his home address or an Apple corporate address.

In September 2021, Choi allegedly sent Cook an email telling him that she was’ applying [to be] your roommate in palo alto. ‘ 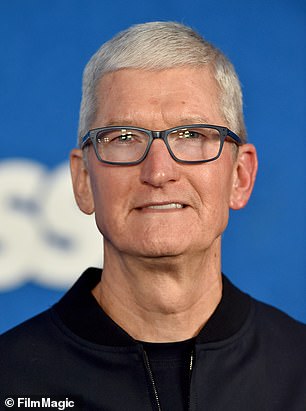 According to the restraining order, she drove from Northern Virginia to Palo Alto twice within two months in a Porsche Macan; the second time, in October 2021, she showed up at Cook’s home and told security officials that she wanted to speak to Cook.

She remained on the property until Palo Alto police arrived on the scene, and said she ‘could be violent’.

Choi appeared to have rented an Airbnb in San Jose for some time.

The request for a restraining order was filed Thursday and granted Friday, as first reported in Mercury News.

Apple believes that the woman is still in the South Bay and could possibly be armed.

The temporary restraining order requires her to stay away from any Apple employee or any Apple-owned building.

‘Given the respondent’s erratic, threatening, and bizarre behavior, including her direct contact with Apple’s Executive team, Apple’s CEO, and with Apple’s Corporate and Security teams, all Apple employees should be protected by this restraining order,’ the document states.

A hearing is scheduled for March 29.