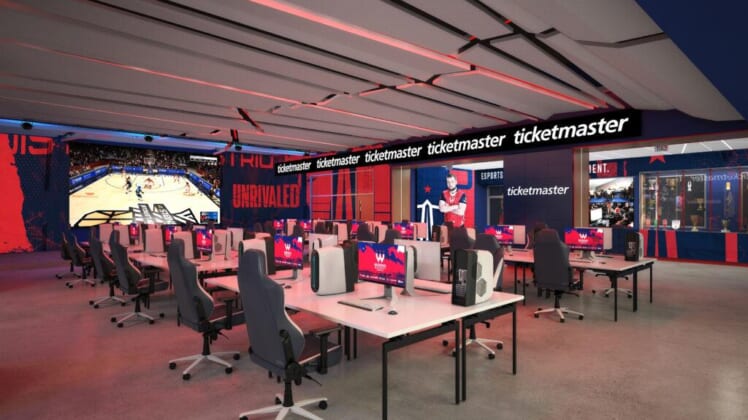 Named District E Powered by Ticketmaster, the venue is already under development and is expected to open this fall. It will be located adjacent to Capital One Arena, home of the NBA’s Wizards and the NHL’s Capitals, on a space previously occupied by two restaurants at the Gallery Place mall.

The company’s announcement said the goal is for “a 365-day-a-year, series of immersive experiences in esports, music, event programming, and community events – along with pre- and post-event activations for fans attending Capitals and Wizards games or events. ”

“Given the rapid rise in the popularity of esports and the growing audience for gaming in general, we believe the time is right to build an esports-centric venue that serves as a rallying point for the gaming community in the Mid-Atlantic,” MSE President of Media & New Enterprises Zach Leonsis said. “The wide-scale, international appeal of esports brands is well documented.

“We believe that developing deep, grassroots-level connections within our local community is the natural next step for esports as the genre develops into a major league aside from other traditional sports. ”

District E will include an esports competition studio that can fit more than 150 people with plans to host more than 200 annual events. It will also include a private esports practice center for teams including Wizards District Gaming, Caps Gaming and Team Liquid.