Powell should be mindful here so he is better prepared for the next press conference when asked about the impact of inflation on ordinary Americans.

By Wolf Richter for WOLF STREET. 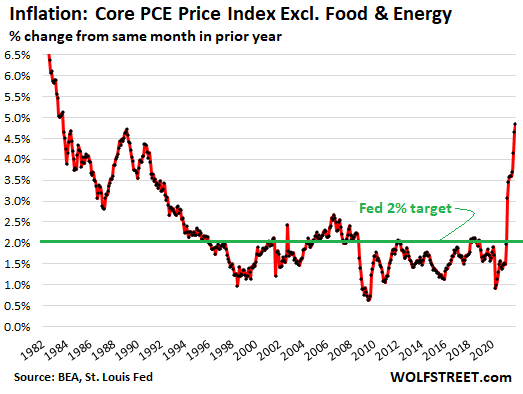 The overall PCE inflation index, which includes food and energy, rose by 0.45% in December from November and by 5.8% year-on-year, the worst reading since 1982. 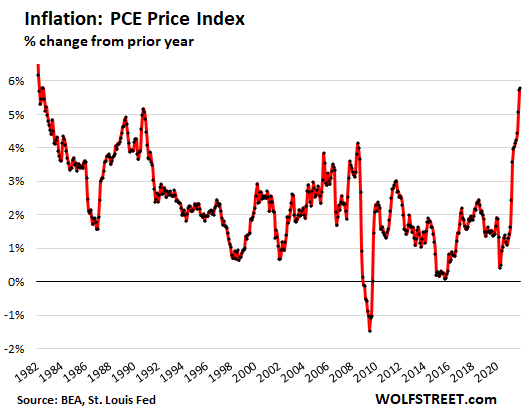 So how did this inflation – the worst in 40 years – affect wages and wages? Powell should be mindful here so he is better prepared for the next post-meeting press conference when some wayward journalist asks him about the impact of inflation on ordinary Americans.

Adjusted for inflation, disposable income per capita fell. per capita (income from all sources minus income-related taxes on a per-person basis) by 0.3% for the month and decreased by 0.5% year-on-year, continuing the relentless decline that started. last summer, when inflation picked up at a rate not seen for decades. Note the pre-pandemic, pre-massive inflation trend line (green): 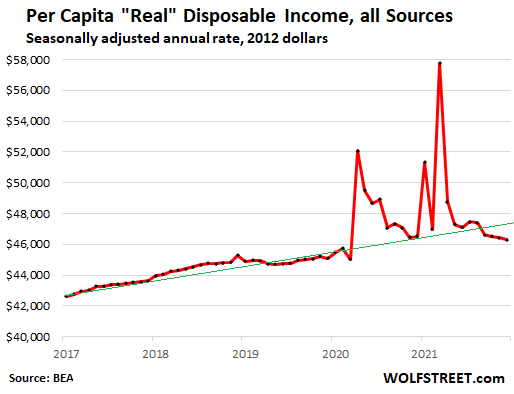 Compensation from wages, not adjusted for inflation, and excluding government transfer payments, increased by 0.7% in December, by 9.2% year-on-year. And that kind of pay rise would be something to celebrate. But they were eaten up entirely by inflation. On a per-household basis, after inflation, these wage and wage gains disappeared completely, opening up an ever-widening gap between the money people earn from their jobs and what is left after inflation.

As inflation reduced the purchasing power of the labor force, the increasing number of households reduced the share each household receives in total inflation-reduced income figures, to where the inflation-adjusted income from wages is now lower than two years ago and below. where it was three years ago: 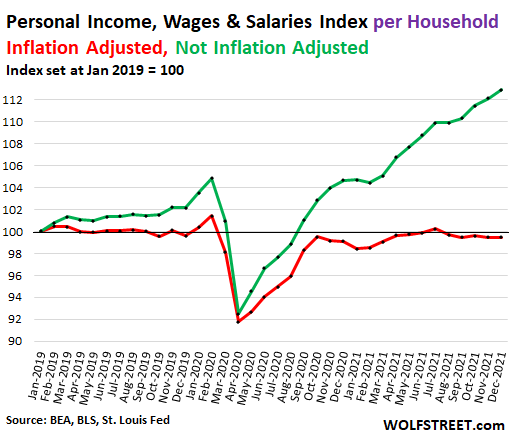 Enjoy reading WOLF STREET and would you like to support it? I use ad blockers – I understand why – but do you want to support the site? You can donate. I really appreciate it. Click on the beer and ice tea mug to find out how:

Would you like to be notified by email when WOLF STREET publishes a new article? Sign up here.