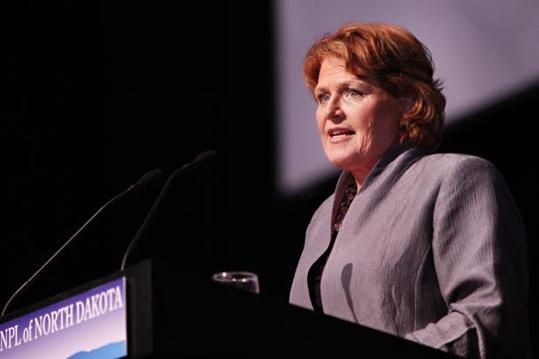 WASHINGTON (KFGO KVRR) – Former US Sen. Heidi Heitkamp says she decided not to accept a position as co-chair of a multi-national consulting and lobbying firm.

Actum LLC announced Thursday that Heitkamp, ​​along with former White House Chief-of-Staff and Office of Management of Budget Director Mick Mulvaney will be joining the firm and be based in Washington, DC

But in a written statement issued after Actum announced that Heitkamp is joining the firm, the North Dakota Democrat says she changed her mind.

“Since the announcement that I would be joining Actum, I have had several conversations with organizations and individuals who have raised the potential conflicts of interest with Actum and my continued advocacy and non-profit work,” Heitkamp said.

“Where I do not believe that these conflicts exist, I do believe that integrity demands that we avoid an appearance of conflict of interest. So, at this time it is best to discontinue my relationship with Actum, so that Actum can build on, and focus on, its work in representing its clients in industry and in the non-profit world without any distractions. ”

Heitkamp was elected to the Senate in 2012 and served through 2018.