The times they are a-changin ‘and in this instance, seemingly for the better.

Unlike past launches of Nintendo first-party properties at the flagship Nintendo NY store located in New York City’s fabled Rockefeller Center – which often saw hundreds of people queued up overnight to be the first to buy the Switch, or high profile Mario spirit Zelda on Day 1 – the debut of Game Freak’s highly anticipated Pokémon Legends: Arceus was downright civilized.

Clearly, this was by design, with Nintendo NY laying the ground rules a week in advance and ensuring that lines were for ticket holders only and that they could only line up an hour ahead of their entry slot (10 am, and a second wave at 11 am).

Surely local law enforcement had some choice suggestions on how to handle big launches, since past scenarios often found fans bringing actual furniture (everything from lawn chairs to tents) in order to better survive the often freezing temperatures that accompanied these special events. 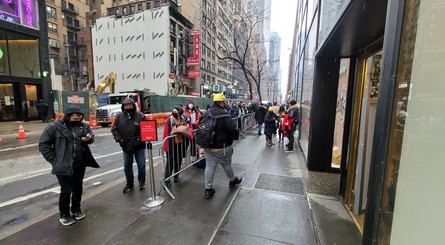 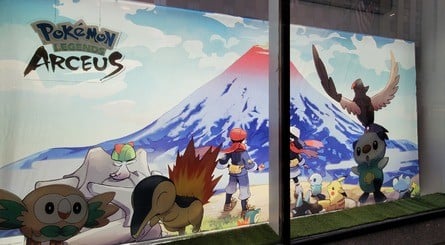 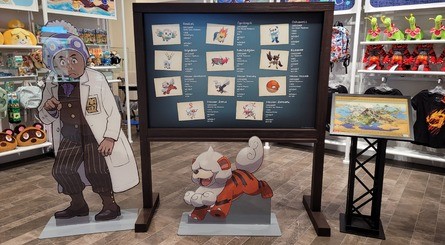 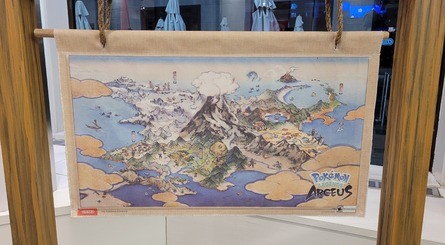 But so too did the game’s widespread availability likely soften the blow of this launch. Your intrepid photographer had already put 5 or so hours into the game, having played it since midnight EST the day of the launch when Arceus unlocked, with yet another boxed copy arriving early the same morning.

The fact that there is not an accompanying Arceus-themed Switch console on offer, a special edition of the game, an Amiibo, or any developers or voice talent on hand meant that there was little to queue up for, other than to say “ I was there. ”

Nintendo NY was, as it is known to do, giving out posters and some minor freebies, and also had an Arceus-themed ‘campsite’ inside the store for fans to take photos in and around. Otherwise, this was a generally tame and organized affair – far preferable, in fact, to the chaos and usual FOMO that afflicted past events.

Surprisingly, there was a complete lack of any Arceus-branded merch – shirts, Switch cases and the usual suspects were notably absent – which is unusual considering this is one of the most anticipated first-party game launches in some time and was mostly shrouded in mystery. Regardless, everyone seemed to leave the store a happy camper which, to be fair, is completely appropriate in this case. 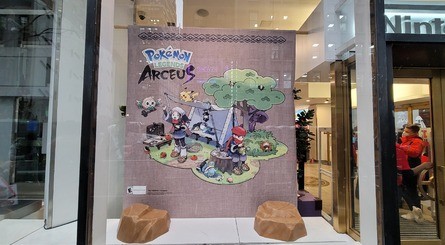 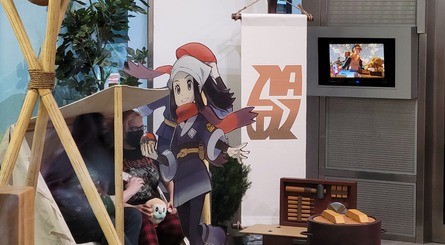 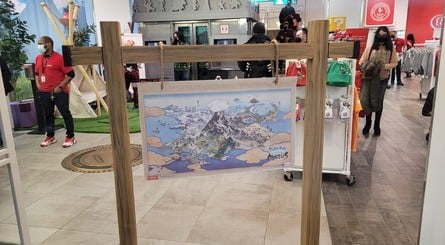