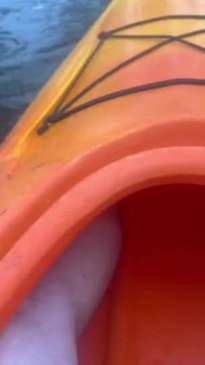 Floods hit Melbourne on Friday 28 January as the Victoria Bureau of Meteorology warned of damaging winds and heavy hail across the state. The city was hit in the afternoon by what local news described as “wild weather”, with water gathering in the streets in the middle of the rain. This footage, filmed by Gerard Hook, shows him kayaking through a flooded suburban street. According to news reports, around 18,000 homes in Victoria lost electricity. Saturday morning, more than 1,700 customers were left without power, according to power provider Powercor. Credit: Gerard Hook via Storyful