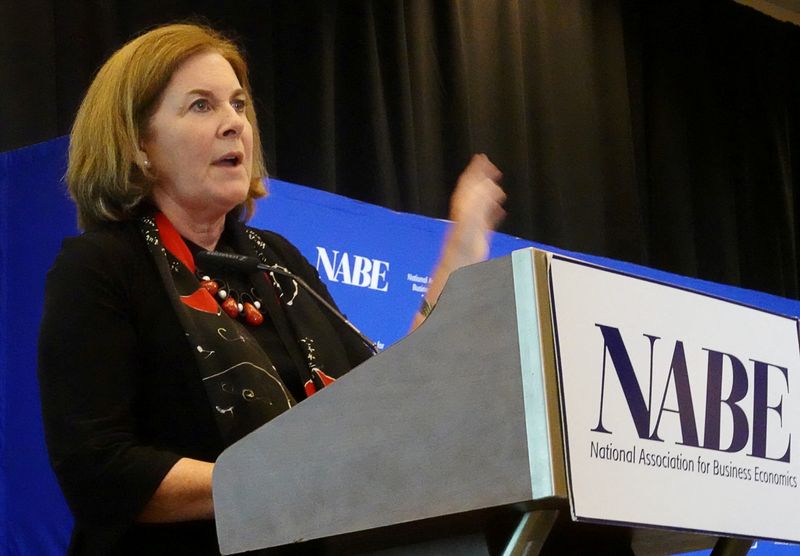 (Reuters) – Kansas City Federal Reserve Bank President Esther George on Monday said she expects the US central bank to lift its target interest rate to about 2% by August, with further action dependent on how both supply and demand are affecting inflation.

“Fed policymakers have emphasized a commitment to act expeditiously to restore price stability, and I expect that further rate increases could put the federal funds rate in the neighborhood of 2% by August, a significant pace of change in policy settings” George said in remarks prepared for delivery to an agricultural symposium put on by the Kansas City Fed. “Evidence that inflation is clearly decelerating will inform judgments about further tightening.”

The Fed has been raising interest rates to rein in inflation that is at a 40-year high, lifting short-term borrowing costs from near zero to a range of 0.75% -1% so far this year. Fed Chair Jerome Powell has signaled that the central bank will raise rates by a total of another full percentage point over the next two Fed meetings, in June and July.

The central bank’s action after that has become a key point of debate among its policymakers. George used much of her prepared remarks to outline the cross currents affecting the US economy that make a judgment of what will happen with inflation so difficult: Russia’s war and China’s COVID-19 lockdowns could, for instance, hit global growth and reduce inflation pressure, or they could disrupt world productive capacity further and add to inflation pressures.

“The central bank’s job is to prevent persistent imbalances from feeding into inflation and unmooring inflation expectations,” George said.

The Fed’s interest rate hikes can only reduce demand and cannot influence supply factors that are also heavily impacting inflation, she said. “The evolution of its efforts alongside other factors will affect the course of monetary policy, requiring continuous and careful monitoring.”