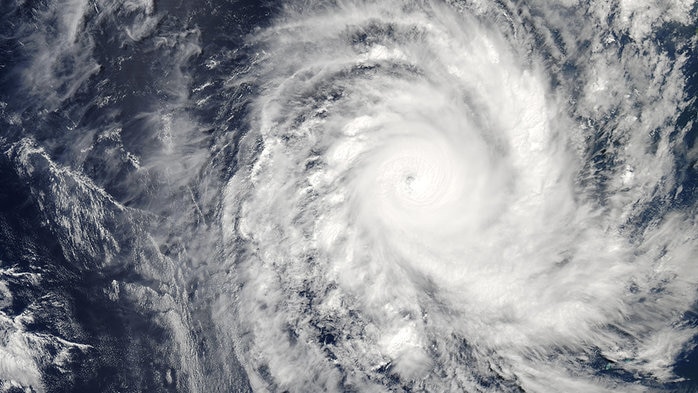 NSW could be impacted by destructive tropical cyclones this decade, and it’s not because of climate change.

While only two cyclones have directly struck NSW since 1974, the state was pounded by a cyclone every two years from the 1940s to the 1970s, many leading to record flood levels and deaths.

What’s concerning is the Pacific pattern behind the abundance of cyclones last century has now returned.

Studying 27 NSW cyclone tracks between 1887 and 2013 shows most storms impacted the state’s north-east but some survived down to Sydney and the South Coast.

While cyclones continue to annually make landfall over northern Australia, during the past 48 years only Cyclone Nancy (1990) and Ex-Cyclone Oswald (2013) reached NSW, both bringing significant flooding and a damage bill in the hundreds of millions.

Where have the cyclones gone?

The inordinate frequency of cyclones from the 40s to the 70s and the disappearance in recent decades is not random variability.

A 2020 report in the Journal of Southern Hemisphere Earth Systems links NSW cyclone activity with changes in the Interdecadal Pacific Oscillation (IPO).

The current state of the IPO and other cyclone influences has rapidly shifted in the past three years to resemble the 1950s. Meaning, the current phase of the Pacific is conducive to tropical cyclones impacting NSW.

How the IPO can impact weather for decades

The IPO is a shift in Pacific Ocean temperatures but unlike the annual La Nina and El Nino oscillations, the changes extend outside of the tropics and last from years to even decades.

A negative phase of the IPO occurs when waters along the equator are cooler than normal (region 2) while waters are warm off Australia’s east coast (region 3) and in the northern Pacific (region 1).

A negative IPO phase was behind the flood dominant 1950s to 1970s and a period when tropical cyclones regularly visited NSW.

A positive phase led to drought dominant weather in Australia from the 1980s to 2000s.

The lowest IPO values ​​during the past 100 years were in the early 50s, and 1950 was not only the wettest year on record for NSW but also a year when a tropical cyclone made it to Sydney.

The one year average IPO in 2022 is running at the lowest value since 1917 and the 11 year average is plummeting as a result.

Before tropical cyclones were regularly named a system in January 1950 — labeled TC119 — made landfall on the Gulf of Carpentaria coast then tracked south and reached Sydney as a category 1 system about three days later.

Sydney recorded its second lowest pressure on record at 988 HPa and 114mm of rain in 24 hours. Ten people died and seven yachts were wrecked in Sydney Harbour.

This kicked off what became the wettest year on record, before 2022.

In February 1954, TC137 also dropped more than 100mm on Sydney after crossing the coast near Tweed Heads as a category 3 cyclone with wind gusts in excess of 165 km/h.

TC137 caused disastrous floods in Lismore and Casino, destroyed houses and led to 30 fatalities, the deadliest cyclone in NSW post 1900.

Going back even further to 1911, a tropical cyclone made landfall in the Gulf of Carpentaria on January 5.

It traveled south to NSW before moving out to sea again near Wollongong about the 15th.

According to the Bureau of Meteorology wind gusts of 137 km/h were recorded in Sydney, equivalent to the speed of a category two cyclone.

Could cyclones return to NSW this year?

There is obviously no guarantee, especially considering the recent climate change induced reduction in cyclone numbers around the world.

However, if the IPO remains strongly negative for several years, a major cyclone striking NSW would be far from unprecedented. And with the population more than double that of the 1950s the potential damage from a tropical cyclone is higher than ever.