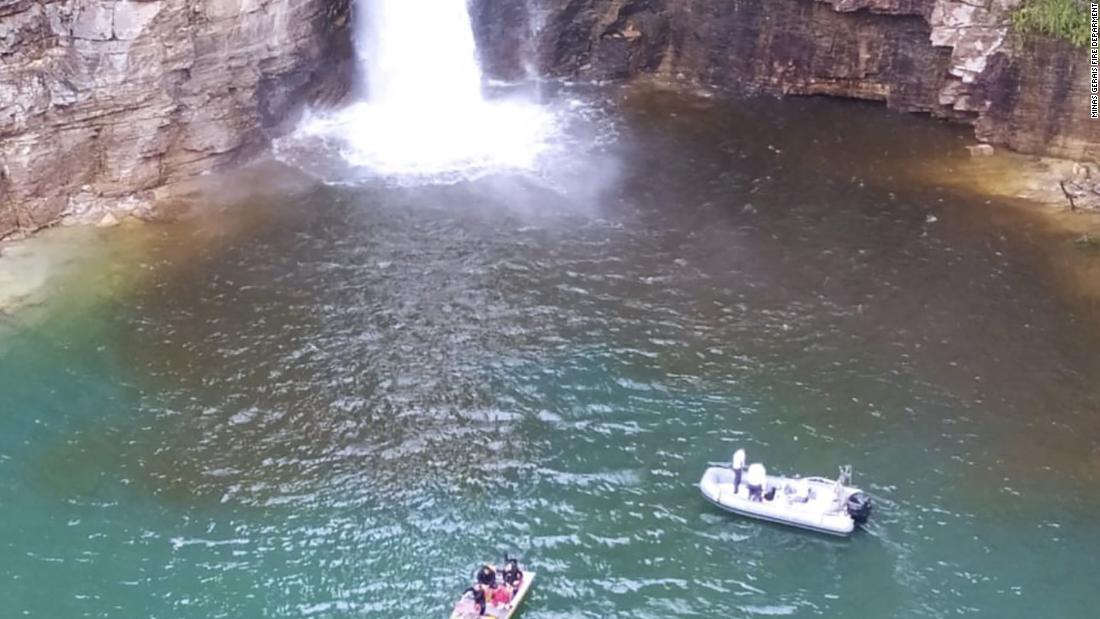 Three people remain missing but rescue efforts stopped late Saturday due to “the lack of natural lighting” at Furnas Lake in Capitólio. They will resume Sunday at 5 a.m. local time, said Pedro Aihara, a spokesman for the Minas Gerais Fire Department.
Aihara said 23 of the 32 people who were treated at Santa Casa de Capitólio with minor injuries have been discharged, while two others were treated at Santa Casa in the municipality of Piumhi with exposed fractures.
Rescue efforts will continue at least through Monday, Aihara said, adding that situations such as victims being trapped under the rock could potentially prolong the duration of that work.
Brazilian President Jair Bolsonaro said the Navy deployed a relief force team to join the search and rescue efforts.
The state of Minas Gerais, a landlocked area in southeastern Brazil, has experienced recent heavy rainfall. On Friday, the Brazilian National Institute of Meteorology issued red warnings for Minas Gerais, projecting more than 100 millimeters of rainfall daily for at least four days, state media Agência Brasil reported.
Heavy rains were what caused the rock to be loosened at Furnas Lake, according to Romeu Zema, the governor of Minas Gerais.
“I stand in solidarity with the families at this difficult time,” Zema wrote on Twitter. “We will continue to act to provide the necessary protection and support.”
A video that was posted on social media showed tourists on other boats in the Furnas Lake shouting “get out of there” right before the rock fell.

No comments to show.